Tico Soto is what we call a #legend in the tourism industry – and for good reason. From his decades at the front line of the trenches in convention and visitor bureau sales, to his networking know-how and relationship building with top tier international AND national buyers, down to his razor sharp ability to hone in on a tourism company’s sales pull, Tico has his finger on it all and is the guru behind many tourism tactics you see in action on the daily.

So when he came to Von Mack to launch his social media presence for Tourism Tactics By Tico, we may have had to pinch ourselves.

Together, we worked to strategize, design, and launch social accounts in both Facebook and Linked In. From there, we “hit the ground running” in garnering seed likes and spreading the word!

Now, after hundreds of follows, we’re in the midst of a lead campaign based in social, and the paid posts are on just as much fire as Tico is these days.

We’re looking forward to growing and developing alongside this amazing tourism brand. 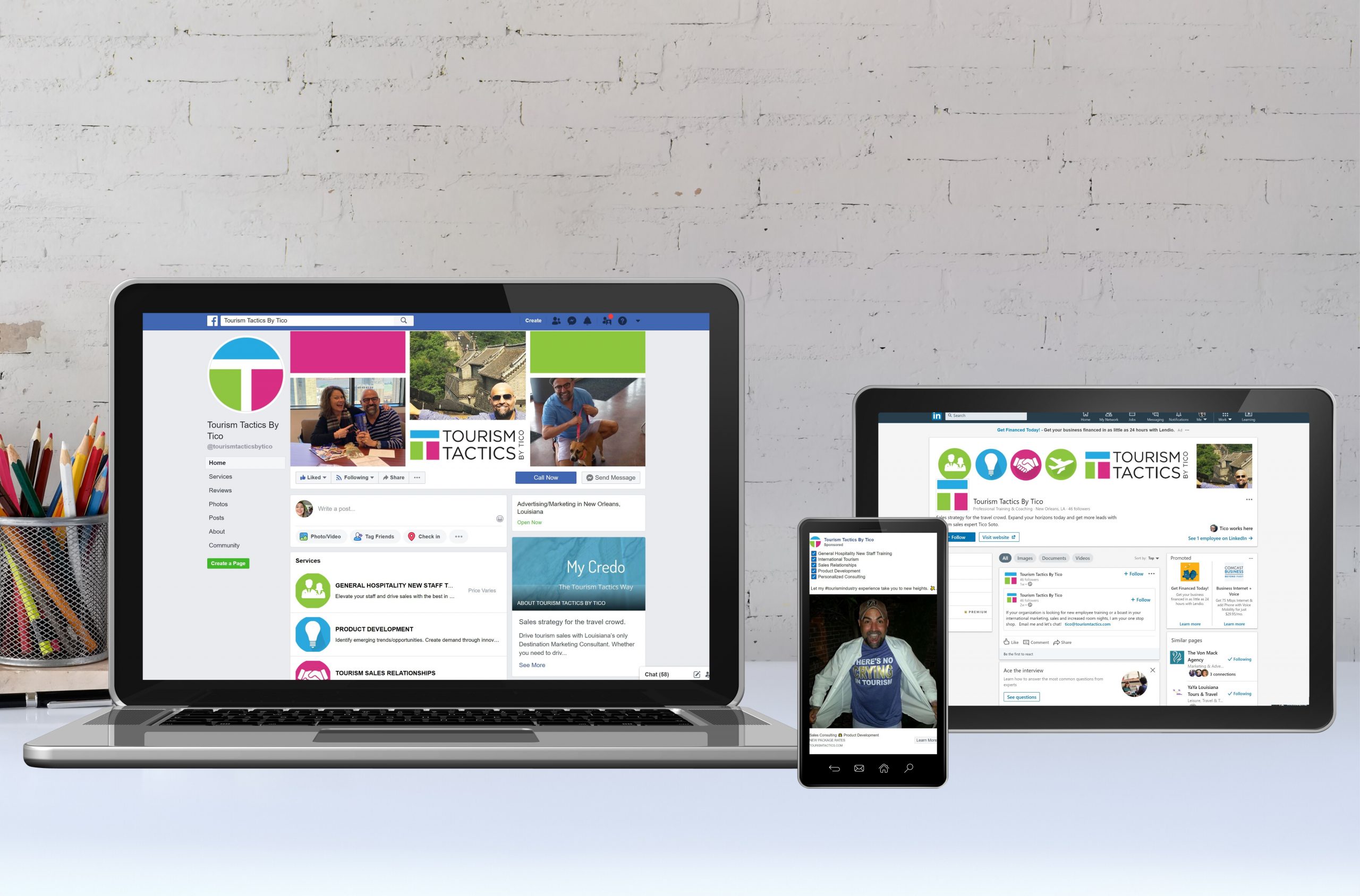